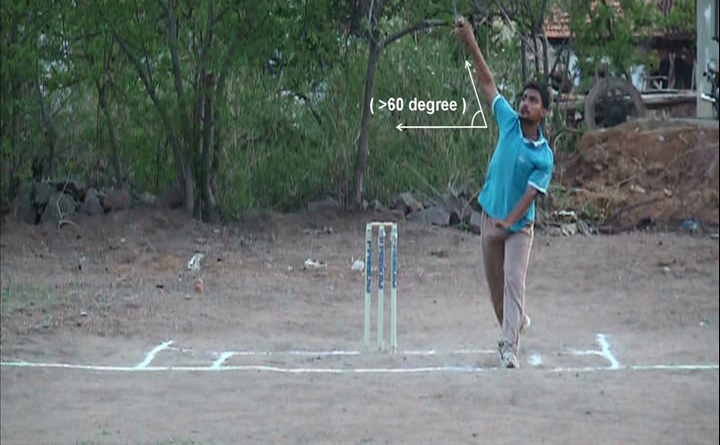 Googly may also be called as wrong one or the other one. Especially the word Googly is termed in leg spin. While the same is termed as doosra in off spin bowling.

So what actually the Googly is ?

In leg spin bowling Googly is a basic and common weapon. Googly is simply defined as reverse of leg break that means ” In leg break the ball pitches between middle and leg and leaves the batsman without hitting the wicket, whereas the googly is that which pitches outside the off stump or the line and comes in to the batsman or hits the wicket i.e simply implies the off break”(Generally).

Top spinner may be defined as the ball which pitches generally on line or outside the line (of course also in good length) and has to be pitched in line and length, then moves straighter towards the wickets or outside the off stumps after hitting the deck.

It moves straighter towards the wickets rather than moving towards North West direction or third man direction or outside the off stump after hitting the pitch. 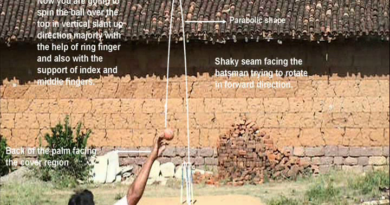 Why a Topspinner is called as Over Spinner ? 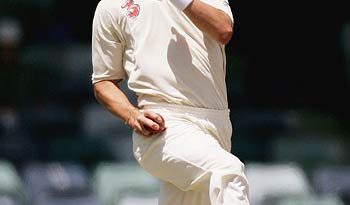 Types of Fast Bowling in Cricket 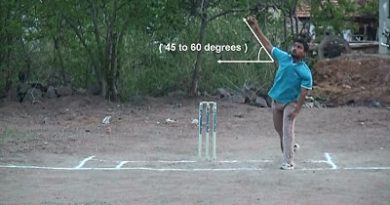