Well this kind of arm ball is a quicker or faster delivery in a left arm spin bowling where the arm plays the major role rather than the spinning fingers with different release in skidding the ball into the batsman with out much turn after hitting the pitch.

The difference between this arm ball and others is the way you grip the ball and the way you release the ball.

So how to bowl this kind of arm ball in the context of left arm spin bowling ?

Cross seam the ball, the index and middle fingers should be rested on top seamy part of the ball with a comfortable less distance between them. And the thumb should be always switched on unlike in standard left arm spin grip the thumb can be switched on or switched off.

Atleast one finger index or middle should play a major role in spinning the ball in backward direction, with the support of maximum usage of power of arm. 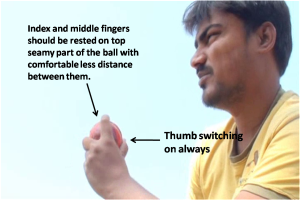 And the grip shouldn’t be too tight or too loose, it should be comfortable, to get comfortability, the bowler needs to exercise the ball frequently by spinning it in backward direction when ever he gets the time specially between delivery to delivery.

Position of arm and wrist:

To bowl this kind of arm ball the position of arm has to be raised at least at an angle of 60 degrees or more than 60 degrees, the reason to follow this application is, it simply ensures the back of the palm to face properly towards the sight screen or the bowler, which actually becomes the key in using the power of arm in better way, that is basically when you skid the ball from front of the hand. 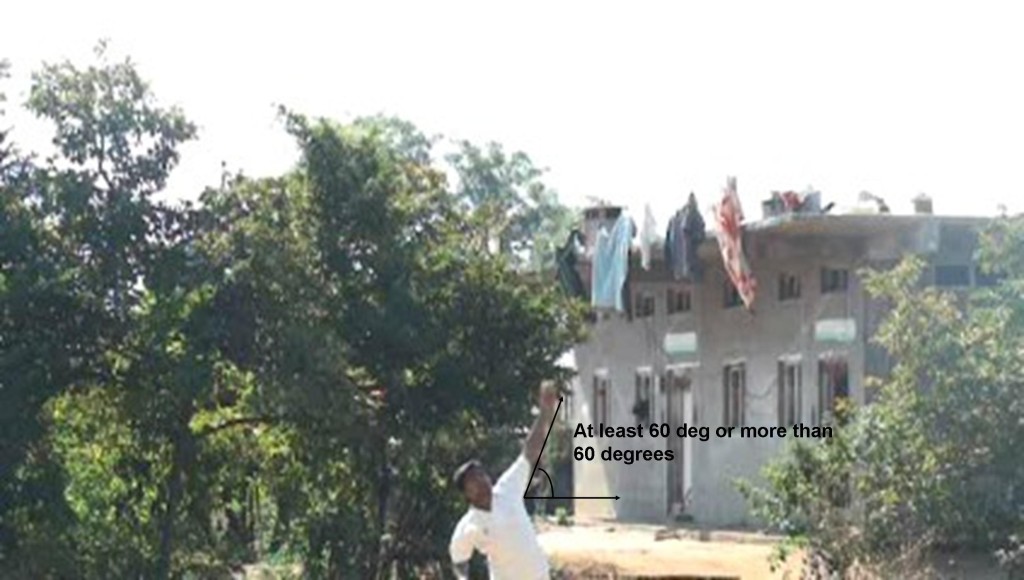 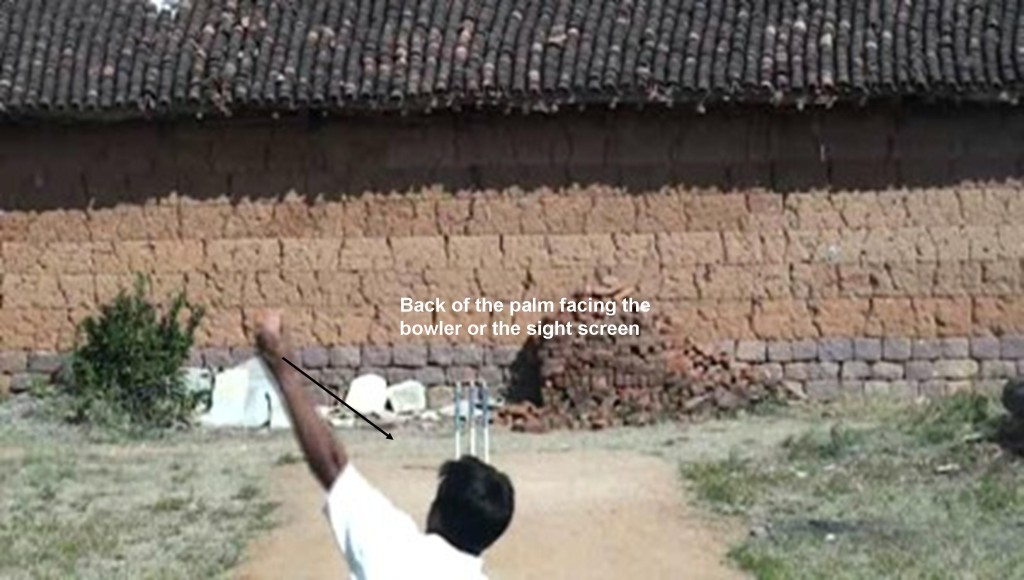 Rotation of the ball and role of arm:

To skid the ball into the batsman after hitting the pitch, the usage of power of arm has to be maximum which makes the ball to move faster dominating the maximum spin of the ball. So make sure the power of arm to play the major role in skidding the ball from front of the hand with the help of at least one of the fingers index or middle trying to spin or rotate the ball with the scrambled or cross seam in backward direction.

The co-ordination of power of arm, wrist position and rotation of the ball in backward direction makes the ball to rush into the right handed batsman  after hitting the pitch.

And remember that don’t try to bowl too flat since the batsman can recognize it as a arm ball, therefore there must be at least some flight so that the batsman can get confused it as a normal classical left arm spinning delivery.

At the end of the day this is how the combination of all the things can come together to bowl this kind of arm ball. 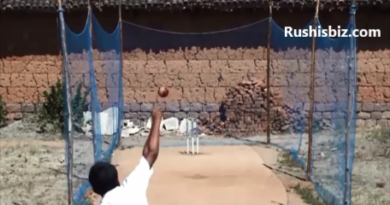 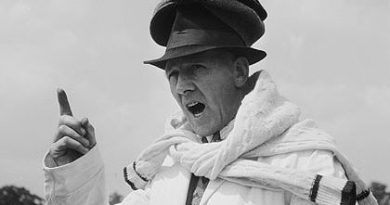 Umpires Decision in Game of Cricket 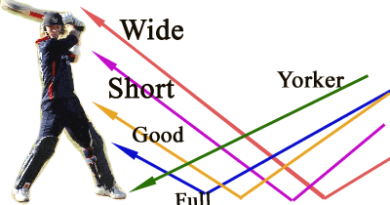