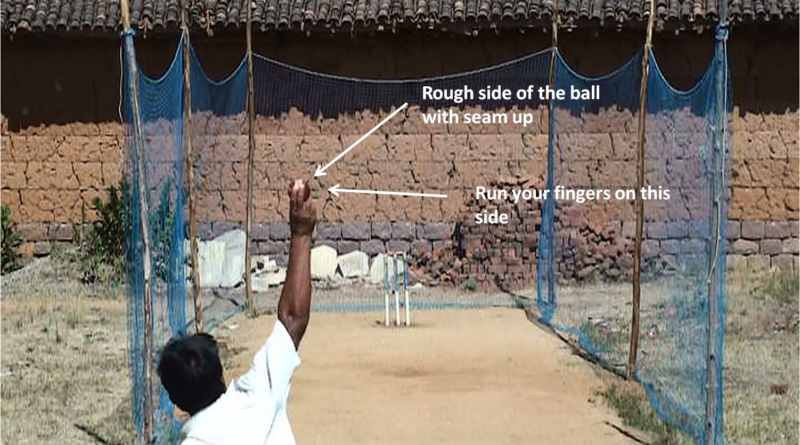 Here comes the concept of character of air, when this uneven odd ball cruises in the air, the distribution of the air ( opposite flow of the air ) behaves differently compared to the new ball where both sides are even (conventional swing bowling).

Video Analysis on – Why a Ball Reverse Swings – 2

The distribution of the air will be in this way:

In reverse outswinger, the ball with the seam position facing towards leg slip region is projected (pushed or delivered) into the batsman, therefore now since the right side of the ball is rough and weighs less than left side, the more space or you can say the more area will be created for the air ( opposite flow of air ) to travel, which infact implies, the distribution of the air will be more on right side or you can say the large amount of air will travel on this right side of the ball which ultimately pushes the heavier side (shiny left) of the ball to opposite direction which is nothing but reverses lately away from the right handed batsman.

This is the reason why a ball reverses in the air away from the batsman.

And since the ball with the seam position facing towards the leg slip region is pushed into the batsman just like as we do for conventional inswinging delivery or aimed for inswing, but magically moves in opposite (reverse) direction away from the batsman rather than moving into the batsman, is the reason why we use the word “reverse outswinger”.

At the end of the day this is how and why the old ball actually reverses in the air. 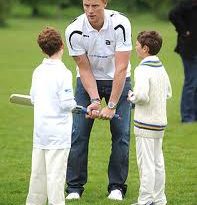