Well googly is the kind of unexpected delivery in a leg spin bowling which pitches in and around the off stump line for a right handed batsman and moves into the stumps or the batsman after hitting the pitch.

Watch the below video for how to bowl a googly

So how do you bowl this kind of googly ?

Well the gripping for a googly will be similar to the way you grip for the leg break.  In below picture you can see very clearly the ring finger resting on the seam pointing in down direction, the ring finger can also be called as spinning finger. The middle and index fingers clearly rested on top of the seam with a comfortable distance, and finally the thumb can be switched on or off pointing in up direction. 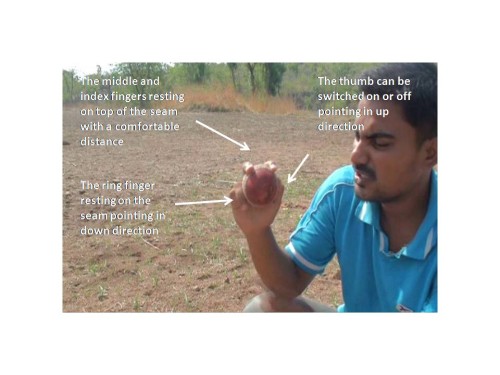 Since the ring finger plays the key role in rotating the ball from right to left in both googly and leg spin bowling it is called as the turning or spinning finger. And the grip shouldn’t be too tight or too loose it should be comfortable and depends on individuality.

Position of arm and wrist : 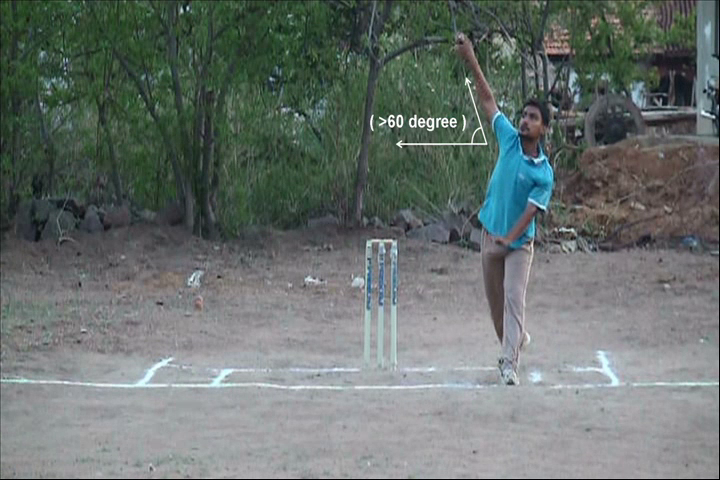 And the wrist has to be rotated from basic 0 degrees to 180 degrees such that the back of the palm will have to face the batsman. 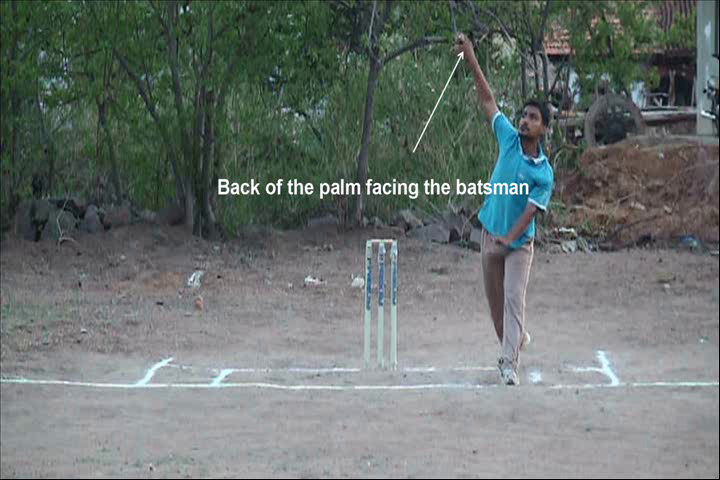 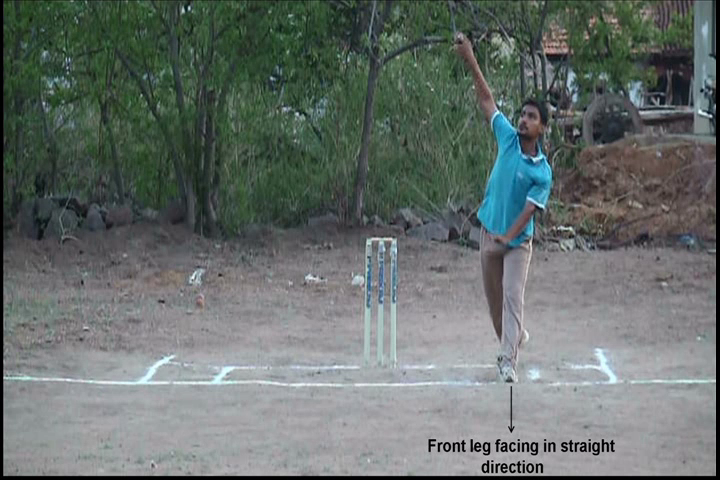 And the position of body or chest has to face towards the leg slip or fine leg region so that the ‘raise of arm’ which is required for this type of googly can be adjusted accordingly.

And you can see in the picture the body slightly leans towards right side from waist level.

Then the ball rotates in the direction of leg slip region, there by accordingly moves into the batsman after hitting the pitch.

And in this type of googly the rotation of the ball will be in the direction of leg slip region with a cross seam or a scrambled seam position but not with a seam up position.

This is how all the depending factors can work together to bowl this kind of googly.