Since it always pitches in and around the leg i.e always deals with the leg that’s why it is called as Leg break. And the word Break is used because generally as the ball pitches it goes straight but here in leg break it doesn’t go straight , it pitches on, with seam and suddenly turns away from the leg stump to towards off stump , i.e where the word Break means it. In fact it breaks from the line of pitch of the ball and moves away from that straight line.

So therefore this type of bowling is called as Leg Break.


A Standard leg break is the ball which is always and always bowled between leg and middle stumps (mostly seen in Test matches).

So how to bowl a Leg Break ?

The first thing is, it is really difficult to explain Leg Break theoretically but still trying to explain it very clearly and also practically very soon.

Now hold the ball across the seam so that the fingers (index and middle) are on the top of the seam (across), the thumb and ring fingers are with the seam nicely gripping the ball.

Now bowl it in unorthodox style i.e by reversing your arm and wrist, with the fingers at the time of releasing point.

Bowl it in such a way that the arm has to be reversely angled at (135 deg) with respect to the body, the wrist (with palm) has to be angled at 135 or 45 deg with respect to the arm and has to be on left side of the ball, in fact the position of wrist has to be rotated from basic 0 deg position to 45 deg position in such a way that the back of the palm has to face towards you, the middle, index, ring and thumb fingers has to be adjusted in such a way that the ball should rotate in North West direction or towards slip region at the time of releasing point. That means while bowling leg break the middle, index and ring fingers has to play major role in rotating the ball towards North West direction or towards slip direction.

So while bowling leg break you can notice very carefully the right arm, the right wrist being on left side of the ball and also the fingers (index and middle) being on left and on top of the seam (across), the thumb and ring finger with the seam at the time of releasing point.

Rough patches on the pitch

you need to notify the rough spots on the pitch so that if you pitch the ball there, the ball turns and bounces enormously (These things mostly can be seen in Test matches) . These rough areas are created by both batsman and bowlers. 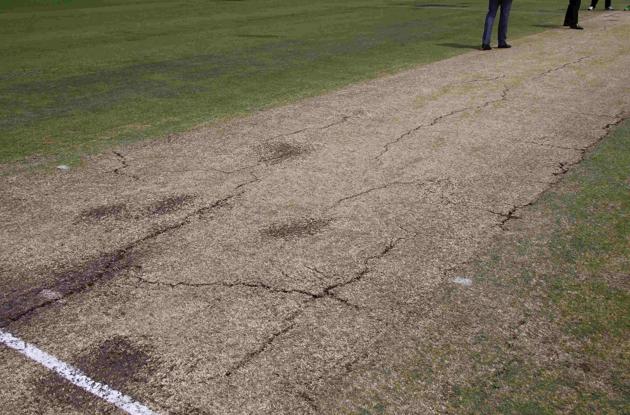 The next thing you need to notify is cracks in the middle of the pitch. You need to bowl on those cracks (mud particles ready to be removed) .The cracks will help you to turn and bounce the ball enormously than normally you bowl.

You need to check out the direction of the wind i.e whether it moves towards NE or SE or NW or SW or E or W directions.

So how do you find the direction of the wind ?

Its very simple just look at the flags waving on the top of the stadiums you will be knowing the direction and there by you can change your tactics.

So why do we use the direction of the wind ?

There are simple reasons

Use of Crease and Bowling Ends

The more the use of crease, the more you are good bowler. Even if you have skills you need to know how to use your crease then that makes you more better bowler.

McGrath while bowling bowls very close to the stumps to get consistency in line and length.

If you are really good at turning the ball then you can use your crease in a very logical manner i.e

The basic thing of using corner of crease is to create an angle (for the ball) there by creating more turns and also other things such as flipper, googly, Top spinners can be bowled in different ways compared to as you bowl from basic crease point.

The selection of bowling ends is very important, especially on fast pitches which do not support spin, on those pitches you can spot rough areas, cracks, mud particles (ready to be removed) on one side of the pitch (As we have earlier studied that these rough patches are formed due to continuous bowling of fast bowlers from one end) and may not be found on other end. So this helps you to choose from which end to bowl so that you can use the pitch for more spin, turn, bounce or anything else.

Leg break bowler is who does spin the ball only on spin favored pitches and not on other pitches such as fast seaming pitches (south Africa, west Indies etc…). These bowlers are mostly finger based spinners rather than the wrist i.e the fingers play a major role in spin rather than wrist (of course wrist plays minor role).

As these bowlers are finger based spinners they cannot spin the ball much more on fast seaming pitches rather than wrist spinners.

Some features of leg break bowlers (finger based)

Leg spin bowler is who does spin the ball with his wrist rather than with the fingers i.e the wrist plays a major role in the spin rather than fingers of course fingers plays a minor role. These type of spinners can spin the ball on any kind of pitch may be cement turf, fast seaming pitches (south Africa, Australia) E.g. Shane Warne, Sachin Tendulkar, Laxman Shivaramakrishnan.

Some features of leg spin bowlers (wrist based)

Generally for any spin bowling the good length ranges from 2 to 6 yards, but where as for the fast bowlers it ranges from 4 to 8 yards.

The simple reason is pace of the spin in fact the speed in understandable language. The speed of the spin (70 to 95 kph) is less compared to fast bowlers (110 to 160 kph) , so what happens here is if you bowl it in between 6 to 8 yards (Good length for Fast Bowlers) with the speed mentioned above, since as the pace is slow it gives ample of time for the batsmen to pull it ,cut or to drive it. 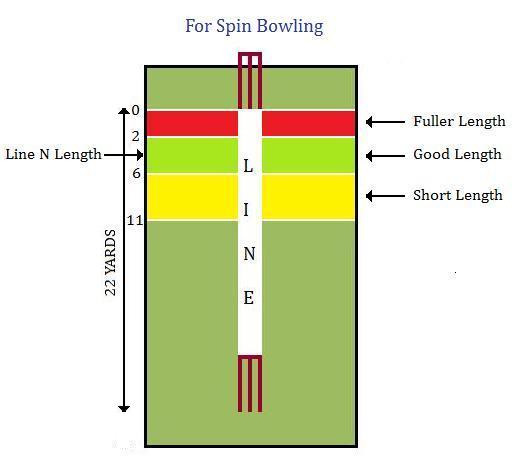 Here the significant thing implies is, the speed of the spin doesn’t support the length ranging from 6 to 8 yards and more over becomes more slow before hitting the pitch and even turns , then making the batsmen much easy to cut and pull.

How to ball a Flipper or skidder